If you have any information about these crimes or any person(s) involved, you are urged to call Crime Stoppers or submit a Web Tip. 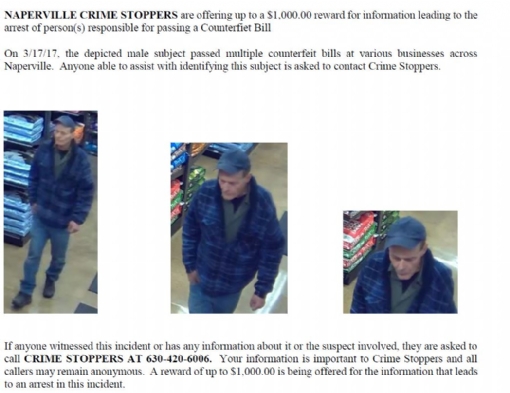 NAPERVILLE CRIME STOPPERS are offering up to a $1,000.00 reward for information leading to the arrest of person(s) responsible for a Burglary.

The Naperville Police Department is attempting to identify a suspect or suspects responsible for several burglaries to businesses located on the 1100 block of Sherman Ave on Friday, March 10th, 2017. According to alarm activity at one of the businesses the incident occurred at approximately 6:30 A.M. Small electronics and cash were stolen from the businesses.

A suspicious male, described as a white male with brown hair wearing a light colored shirt, was seen walking in the area around the time of the burglary.

Your information is important to Crime Stoppers and all callers may remain anonymous. A reward of up to $1,000.00 is being offered for the information that leads to an arrest in this incident. 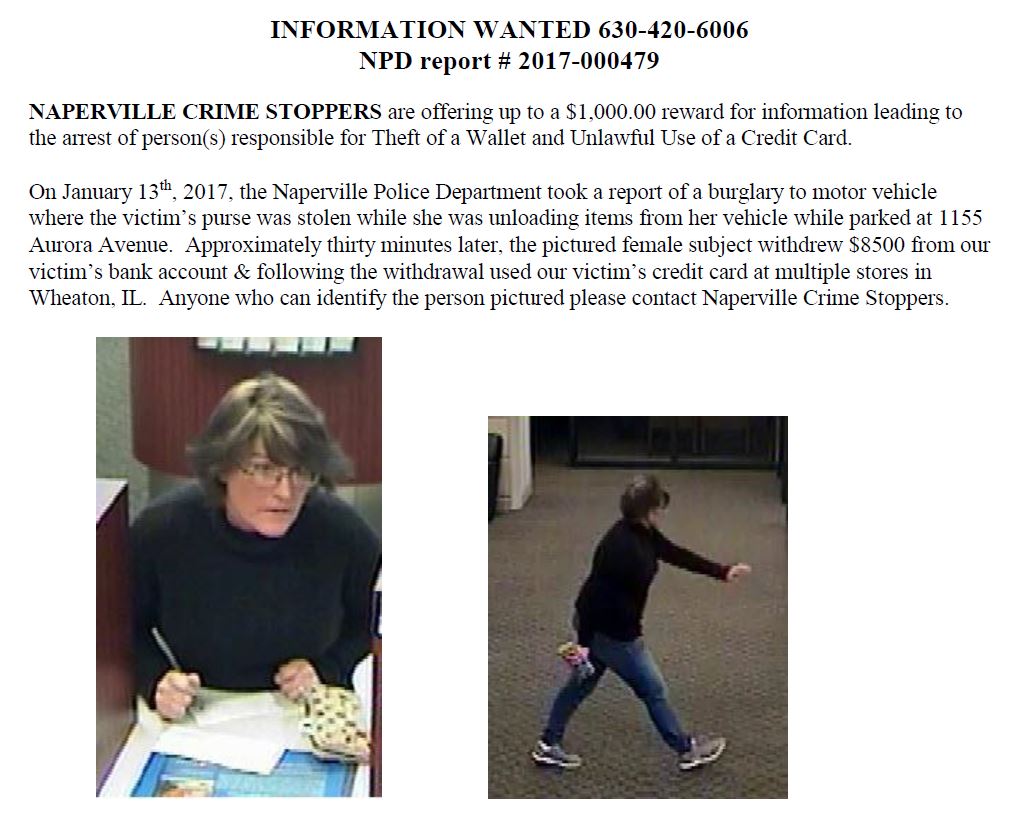 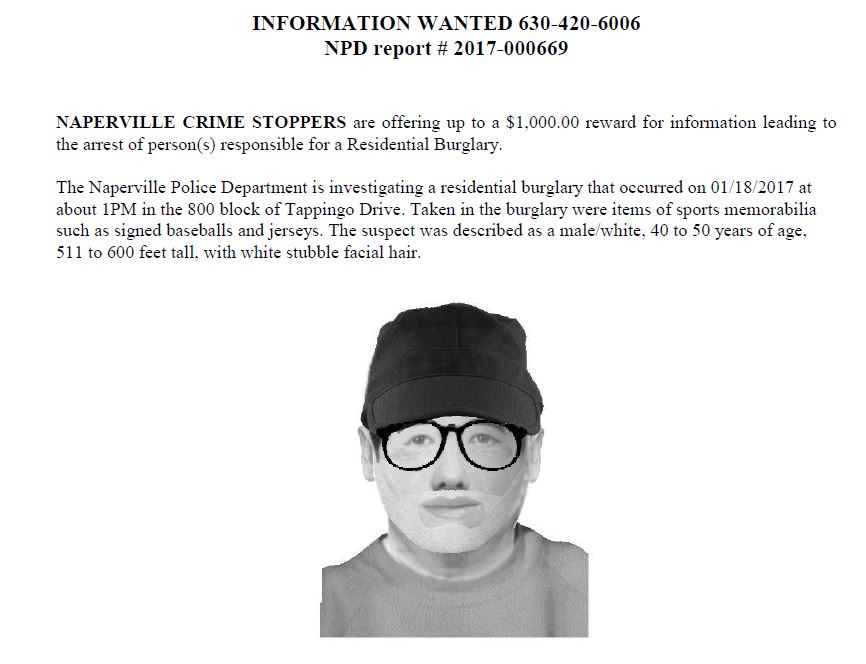 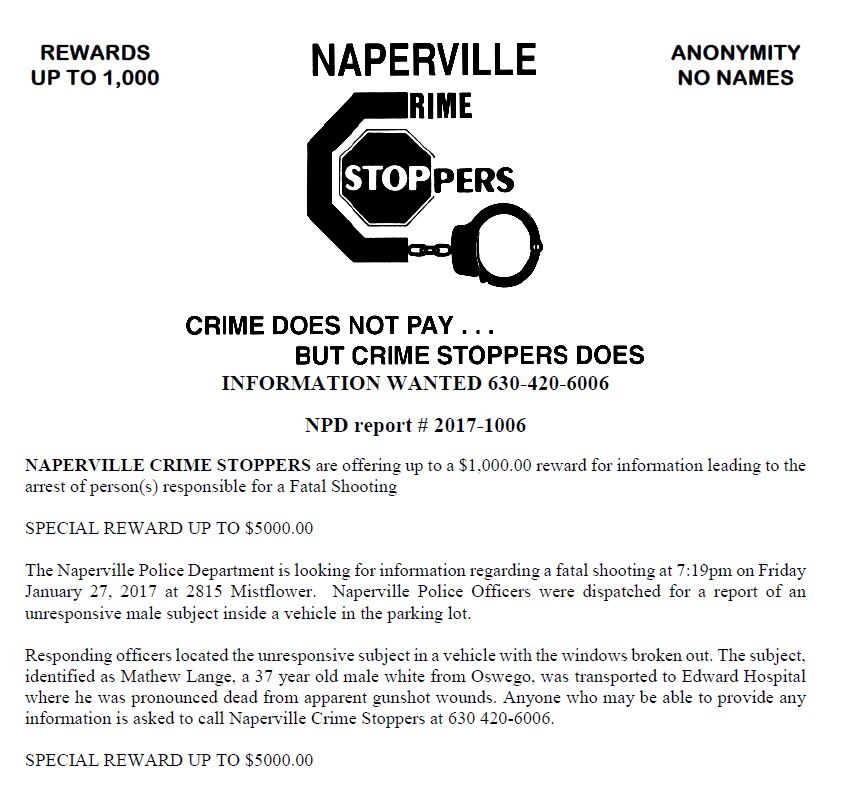